Skip to content
About the history of the house

from the Helene boarding house in 1889 to today’s

In 1889 Helene Hölzel completed the construction of the building, as you can see in the picture, and at the same time gave it her name – Helene, which, despite all the changes, has remained to this day.

After that, the house was to undergo several more alterations. In 1908 Mrs. Hölzel sold “her” Helene to the Moshack family from Berlin. During this time the house was only used from May to October.

Since September 1, 1963, the building has been owned by the family. Ingeborg and Adonis Vöckler took over the house and in the following period it underwent its greatest changes. These began in 1964 with the installation of running water and heating, thus laying the foundation for year-round use. By restructuring the roof in 1967, a floor was added and the former attic was fully developed. 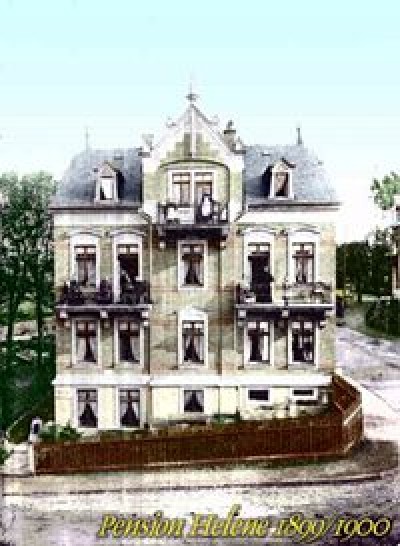 Until 1972, the building changed its appearance year by year, until it reached the size recognizable today. Now mainly “inner values” were created, such as the installation of the wet cells. This took place at a time when many still smiled about it.

In the past, the Helene was in industrious hands and both the expansion with vision and the hospitable atmosphere established the good reputation of the house.

Since the handover to the Albert family in 1991, several embellishments and the addition of the restaurant and garages have taken place. Also this under the long-standing motto of the house: “Here you experience hospitality with heart!